Published in Encounters with Osi, 2014

Even to breakfast he did not arrive like other people from bed, but from the Atlantic… or from the wood, where he had discovered some rare, beautiful bird…We knew only the zest of his company and his example.

On teaching days Osi ascended the staircase at high speed, arriving in his own weather (a strong breeze), flinging off his coat and scattering papers. We drank coffee and he ate with relish (hear noises of hungry pleasure) and declared his loves for the contents and maker of his sandwiches. And we talked – of the taste of a homegrown spring onion or an apple cut with a knife – about the precision of the poetry of J.H. Prynne – and the qualities of the paintings of Georg Baselitz , Gerhard Richter or Picasso. Osi saw beauty in plastics and packaging, a fine coat or dress, good posture and many other things. He questioned taxi drivers, mothers with pushchairs, caretakers and waitresses with tattoos – gathering material, building theories. Subjects such as masculinity revealed his insight, and questions about contemporary practice, such as the broadening of the means and remit of fine art or the role of photography brought forth Osi’s scrutiny and scorn.

Joyce Carey’s rich, semi-autobiographical novel A House of Children describes the author’s father, a man whose visits to Donegal ‘were less to a house than the neighbouring fields, hills, streams and oceans’. This dashing figure, threaded through a text dense with the intensity of living, has something of Osi – a glimpse of the energy that characterised his presence in the Foundation studios in the old art college building on Alexandra Rd.

Osi taught drawing and mainly life drawing. The person who teaches and the person who learns, and the exchange between them, this human contact is teaching, rather than the lesson plan and project with aims and objectives. In the life room it is a contact made around and through examination of the human body. It is about curiosity and the creation of meaning through drawing.

He sought the individual in each student and offered his knowledge and skills in return.  The question of ego in teaching is interesting – in each encounter the finely calibrated expression of self is measured and adjusted to the student’s need to learn. And when the exchange is balanced the student feels known and knows the teacher. This, and many other things, happened in sequence and layers throughout a day in the life room with Osi.

He started with conversation – chairs were drawn into a circle and Osi spoke and questioned. This broad discussion, about things beyond and within the processes of drawing, created the foundation for the class. The teaching considered much – looking and seeing – recording and responding – mark-making and measuring – technique and thought and feeling – the drawing and the person making the drawing. He drew with the students and always carried a sketchbook and pencils. Some sketchbooks he made (beautiful, leather bound) – all were filled with Osi’s fluid, descriptive, precise and suggestive line.

Two greyhounds float and dance on my bedroom wall, one in red chalk, the other suspended in blue.

Osi often speaks of love and this is a part of teaching that may be forgotten or obscured by our contemporary fears. The passion for a subject or practice, and affection for the student are threads that web the studio as we teach. The artist’s and art school studio are spaces where emotion has a place – how to make anything otherwise?

Teaching is a form of parenting and so of immortality  – our students are ours always and as descendants carry fragments of knowledge and experience into the future. In the time that I worked with Osi he taught hundreds of students, and none will have forgotten him. The skills of the drawing class will still be used by most – looking and seeing, and responding to what is seen with thought and feeling. Many are still drawing.

Osi often rushed from our studio to the BBC studios across the road to record an interview, or arrived with news of filming in Australia, his garden or at the top of a mountain. We fielded enquiries from young producers with piping Oxbridge accents and worried whether they would be presented with the abrasive or the charismatic (but always eloquent) man.

Osi is an ardent Welshman and passionate about the politics of place, borders, ethnicity and nationality, most particularly in relation to Wales and Palestine and the Middle East. Something seemed to soften, though, in the time that we taught together, as he came to an accommodation with this English foe.

Art education, and the Foundation Art and Design course in particular, is a broad education, about life, self and everything. In addition to life drawing Osi performed a series of lectures, vivid histories examining the decades of the twentieth century and the start of the twenty-first through art and design, politics and social issues. Each year the Foundation course makes a study visit, often to Amsterdam, and Osi would speak of mud, war and the landscape as we approached Ypres on our journey home. We walked the city looking, eating, drinking, talking. Sitting outside the Kroller Muller Museum, drinking a beer with Osi while watching the birds and trees is framed as a moment of afternoon sunshine and happiness.

Osi sparked us all and stays with us as a voice we can conjure to argue with, to advise and guide. There is so much that could be said about Osi and teaching – these are just notes, a scrap torn from ten years, within a fifty year span. Working with Osi as his colleague and friend has been and is one of the privileges of my life.

Over   the    ferny   leaf – blades   lying  close to the  bank and  now  deeper green from the dry weather a network of bright gossamer threads, woven  close  together  and  catching  the slant evening  sun  so   as  to  shimmer  with   a  soft, trembling brilliancy; we  both remarked  on it… 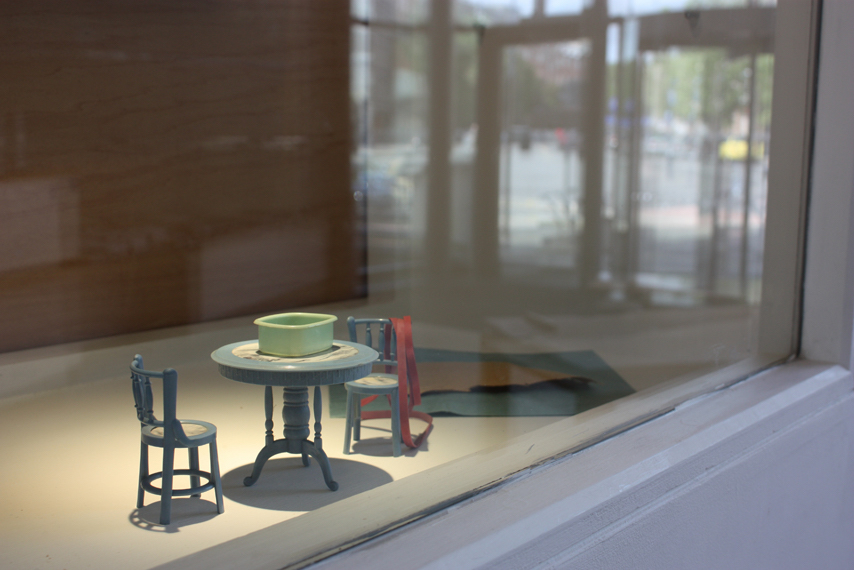 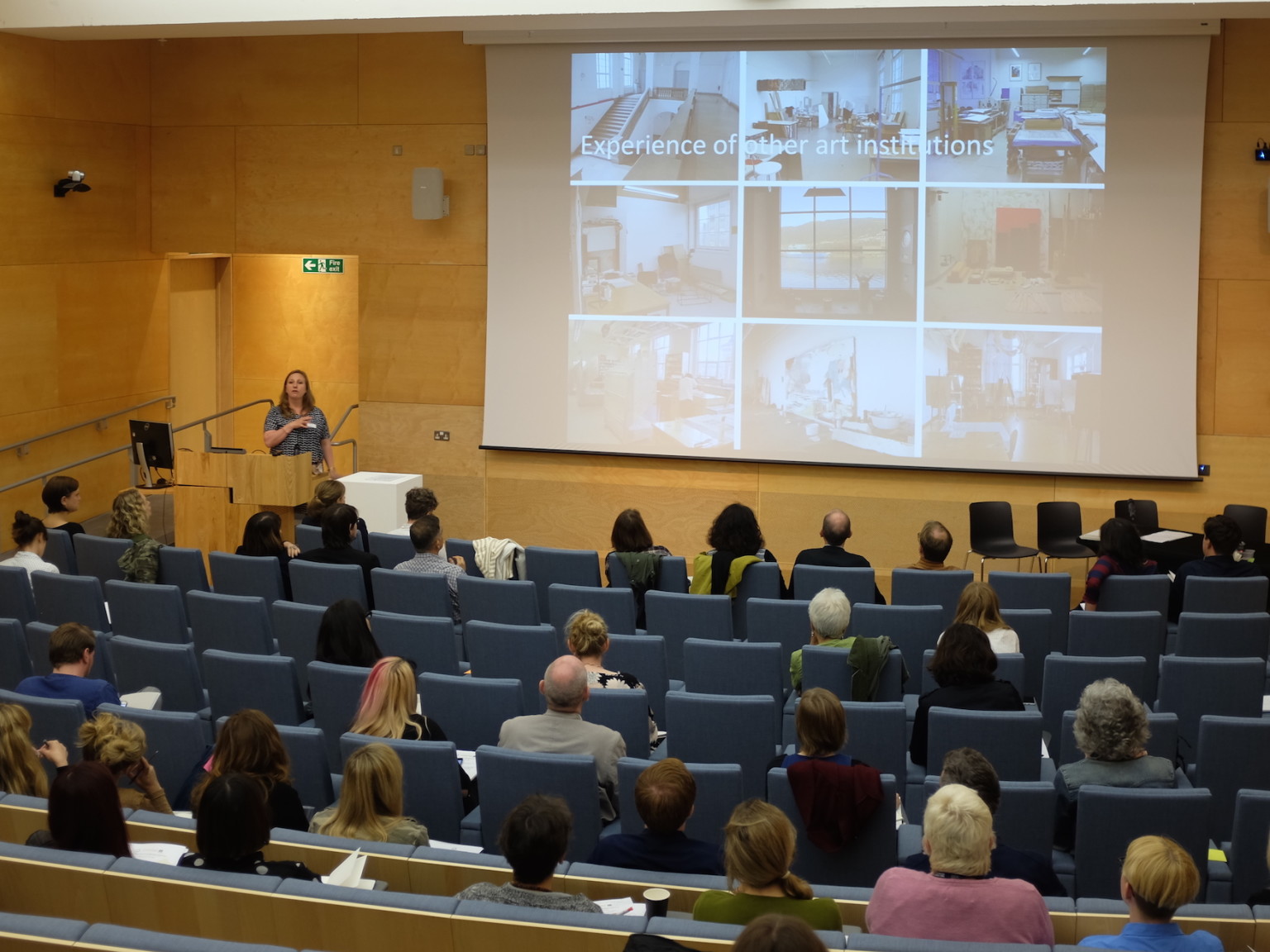 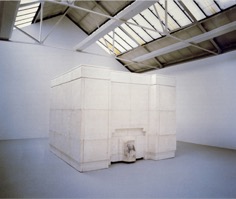